Saints Set for a Divisional Round Rematch with the Eagles 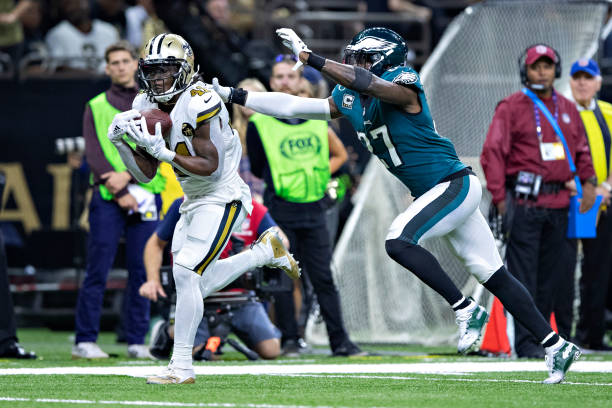 After Bears’ kicker Cody Parkey missed what would be a game-winning field goal in their matchup with the Philadelphia Eagles, it became official that the New Orleans Saints will play the Eagles in next week’s divisional round matchup.

The Saints and Eagles played each other in New Orleans in week 11 of the regular season. However, this is not the same Eagles team. In week 11, Carson Wentz started at the quarterback position for the Eagles, but after suffering a back injury, backup Nick Foles took the reigns and led the Eagles into the playoffs.

Saints fans finally get to see their team in action after they earned the number one seed in the NFC, granting them a first-round bye in the playoffs. Hopefully the week off allowed the Saints to get healthier as a few key players such as offensive linemen Terron Armstead and Andrus Peat we’re dealing with injuries the last time that the team suited up.

The Who Dat nation can watch their Saints take on the Eagles on Sunday, January 13 at 3:40 p.m. CT. If the New Orleans Saints can win against Nick Foles and the Philadelphia Eagles, they would move on to the NFC Championship game and play either the Dallas Cowboys or the Los Angeles Rams. Tune in to watch the Saints take on the Eagles as it is sure to be a great game.