Three Key Matchups that can Lead to a Saints Victory 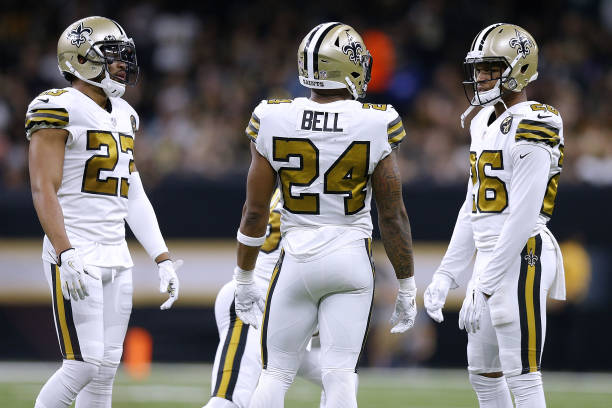 On November 18, 2018, The New Orleans Saints took on the Philadelphia Eagles in the Mercedes Benz Superdome. In that week 11 matchup, the Saints steamrolled over the Eagles posting a dominant 48 points compared to the mere seven points from the Eagles.

In that game, Sean Payton and the New Orleans Saints never let their foot off the gas. With a little over five minutes remaining in the third quarter, running back Mark Ingram scored a touchdown which brought the score up to 38-7. As if that wasn’t enough punishment for the Eagles, they got to watch Alvin Kamara and Michael Thomas join Ingram on the stadium’s video board as they danced on the sideline. However, the Saints weren’t done. They added another 10 points to the score which included a 37-yard touchdown from Kamara on 4th down, right over the head of former Saints safety Malcolm Jenkins.

Since that game, the Eagles have been one of the hottest teams in the NFL. They won five out of their last six games with some of those coming against top-tier competition such as the Los Angeles Rams and the Houston Texans.

While the Eagles are on a roll after beating the Chicago Bears in last week’s wildcard matchup, they are about to enter one of the most intimidating landscapes in the entire league. The Saints will definitely have the crowd behind them but they need to take care of some key matchups on the field if they really want to dominate this game. Here are three matchups that I believe are the key to success:

The New Orleans Saints have had one of the best offensive lines in football this season. However, they’ve also suffered from plenty of injuries from that group of guys. Luckily, as of Wednesday’s practice, every member participated in drills. Although Jermon Bushrod, Terron Armstead, Ryan Ramczyk, Andrus Peat, and Larry Warford all carried a limited destination, it is a relief that they were able to practice at all.

Pro Football Focus (PFF) ranked the Eagles’ defensive front seven as the top unit in the NFL, so the Saints’ offensive line will surely have their work cut out for them.

While we know that cornerback Marshon Lattimore is a true shutdown corner, the Eagles have a multitude of weapons to worry about. Lattimore can’t be in two places at once, so players like Eli Apple and P.J. Williams will need to step up big time.

Lattimore will likely cover Eagles receiver Alshon Jeffrey for the majority of the game, leaving Apple and Williams to guard Golden Tate and Nelson Agholor.

Apple and Williams have shown tremendous upside this season, while also showing a few mishaps. Hopefully, the three corners can hold their own against the Eagles receiving core with help over top from safeties Vonn Bell and Marcus Williams. By the way, Marcus Williams will likely be extremely motivated for this game as it is the same round of the playoffs that the Minnesota Miracle occurred last season. I expect a great game from him.

Last week when the Eagles played the Chicago Bears, they allowed only one sack to Bears’ linebacker Leonard Floyd. They shut down the Bears’ dominant defensive front including the fearsome Khalil Mack.

One of the emerging strengths of the Saints has been their defensive line play throughout the season. Defensive end Cameron Jordan has had yet another great year while defensive tackle Sheldon Rankins has had a phenomenal breakout campaign. Those guys paired with the rotation of Alex Okafor and Marcus Davenport at the other defensive end spot make for a terrifying defensive line.

The Eagles offensive line has been great this season and is a huge part of their success. Center Jason Kelce has been dominant all season. If Rankins can get through Kelce and apply pressure up the middle, that would allow the defensive ends to move more freely.

If the Saints can win these three matchups, we may be looking at a similar result to the team’s Week 11 domination of the Eagles.