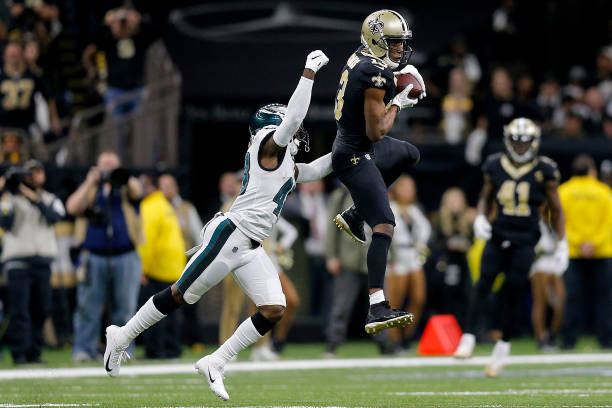 Throughout the 2018 season, New Orleans Saints’ wide receiver Michael Thomas was a dominant force for his team. In a season where he seemed unstoppable, Michael Thomas added yet another remarkable performance against the Philadelphia Eagles in the NFC Divisional game.

Thomas was targeted 16 times as he caught 12 receptions on his way to 171 yards and one touchdown.

The Saints offense started out gruelingly slow as they looked out of place. However, it didn’t take long for Thomas to show his talents.

Whenever the Saints needed a big play, it seemed as if quarterback Drew Brees searched for Thomas, and Thomas was often there. Thomas made one huge catch after another. His lone touchdown was a tremendous catch that not many receivers can make.

Through his dominating performance, Thomas proved his Twitter handle once again as it seems that NFL defense truly “can’t guard Mike.”