Devin White Declares For The Draft 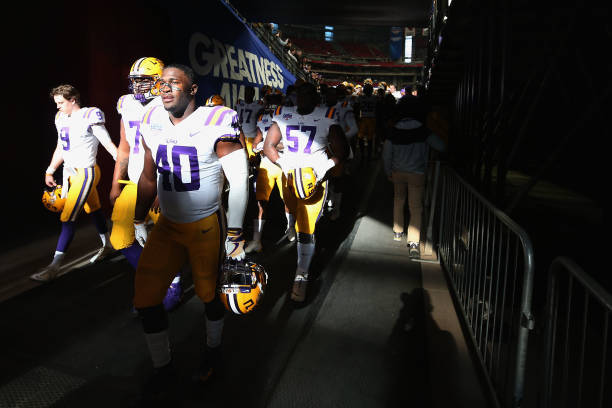 The 6-foot-1, 240-pound linebacker Devin White from LSU declared for the NFL draft this morning announcing his decision on his twitter this morning. White who is a top 10 potential pick in this years NFL draft and was the 2018 Butkus award winner this year as well.

White had 286 tackles, 8.5 sacks, four forced fumbles, and nine passes defended in his three years as an LSU Tiger. White who is from Springhill, LA is a very talented linebacker that can play sideline to sideline in the NFL. White was a running back when he was coming out of high school and was one of the nations top recruits.

With Whites speed and raw talent, there is no doubt he will be selected high in the 2019 NFL draft, whoever picks White will be getting a solid pro football player for years to come.