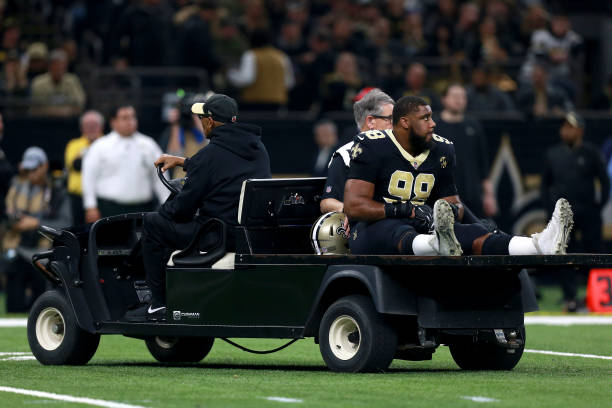 With 7:13 remaining in the first quarter of the New Orleans Saints divisional round matchup with the Philadelphia Eagles, the Eagles were driving towards a touchdown.

Eagles’ quarterback Nick Foles completed a short pass to wide receiver Nelson Agholor for a first down. However, something far more significant happened to the Saints on that play.

Star defensive tackle Sheldon Rankins dropped to the ground with what seemed to be an extremely painful injury. After the play, Rankins was carted off the field and did not return to the game.

Rankins is believed to have suffered a torn Achilles’ tendon. This is a massive blow to the Saints’ defense.

The young defensive tackle emerged as a star this season as he earned eight sacks, 15 quarterback hits, one pass deflection, one forced fumble, and 40 total tackles including 12 tackles for loss. The Saints will be looking for other defensive tackles David Onyemata and Tyeler Davison to step up in Rankins’ absence.