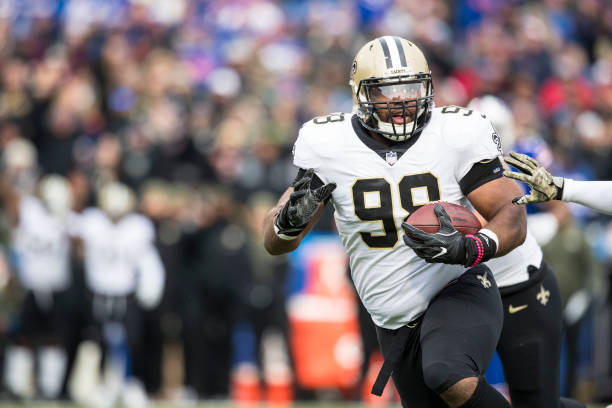 When the New Orleans Saints and Los Angeles Rams battled each other in week nine of the regular season, the Saints drove a dagger straight through the Rams with a late bomb to Michael Thomas for a touchdown. Thomas has a monstrous game as he hauled in 12 receptions for 211 yards and one touchdown while primarily being covered by Rams’ cornerback Marcus Peters. After the game, Saints’ head coach Sean Payton said that they really liked the matchup with Peters. The hot-headed Peters took offense to this comment and came back saying that he hopes for a rematch with the Saints and promising to “have a nice little bowl of gumbo together” with Payton.

Now that the Saints and Rams are officially facing off once again, this time in the NFC Championship here’s three main ingredients that can lead to a Saints’ victory and make that “gumbo” taste great for the Who Dat Nation.

The New Orleans Saints ended the regular season ranked as the league’s second-best run defense largely due in part to the emergence of defensive tackle Sheldon Rankins. Throughout the 2018 season, teams averaged just 3.41 yards per carry while Rankins was on the field. However, that number increased to 3.83 without Rankins on the field. Simply put, Rankins was a key component to the Saints’ dominant run defense. Unfortunately, Rankins suffered a major injury last week against the Eagles as he tore his left Achilles tendon. Hopefully, players like David Onyemata and rookie Taylor Stallworth can fill in nicely for Rankins.

2. Success from the Other Saints’ Wide Receivers

It’s no secret that Michael Thomas is a dynamic playmaker. One of the major differences between the week nine matchup and this upcoming one is the Rams’ defensive secondary. In week nine, they were without starting cornerback Aqib Talib. Now, with Talib back on the field, the Rams’ secondary will be stronger. However, the Saints were also missing a key contributor to their offense in that first matchup. Wide receiver Ted Ginn Jr. Will be looking to make a major impact in this second meeting. The Saints will, unfortunately, be without young wide receiver Keith Kirkwood so players like Tre’Quan Smith and Austin Carr can provide some quality snaps.

3. Continued Success for the Saints’ O-Line

When healthy, the offensive line of the New Orleans Saints was one of the most dominant in the league throughout the 2018 season. This unit led the way towards 2,025 yards on the ground this season. Although offensive linemen Ryan Ramczyk, Andrus Peat, and Max Unger started the week on Wednesday limited at practice, they finished up the week as full participants on Thursday and Friday. When these teams met in week nine, Saints’ running backs Alvin Kamara and Mark Ingram II combined for 115 rushing yards while Kamara also added two rushing touchdowns. If the Saints can win the battle in the trenches, their chances of winning the game are much higher.