Saints Fans, Here’s What We Can Look Forward To Next Season 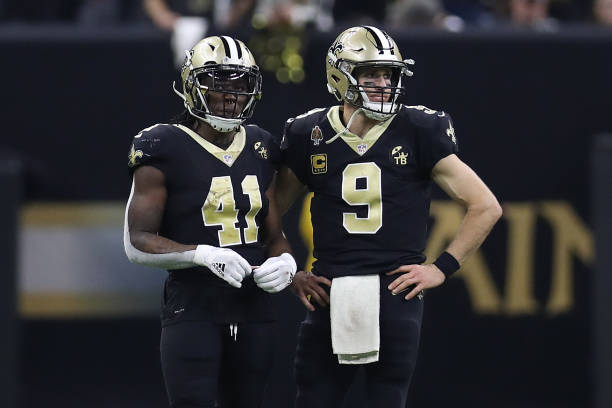 For Saints fans, January 20th will never be forgotten. The New Orleans Saints were one game away from punching their ticket into Super Bowl 53. Instead, they will be watching the big game from the comfort of their homes, as they were defeated by the Los Angeles Rams 26-23 in overtime. Whether it was because of god-awful officiating or god-awful officiating, the Saints lost. Yes, I put god-awful officiating twice. Yes, that is the reason the Saints lost. Moving on, the Saints are now left with one question: “What’s gonna happen next year?” Well, there sure is plenty to look forward to. Here are the three main things that Saints fans can expect next year.

The Saints built plenty of their current starters from draft picks. In 2017, the Saints nailed the draft, drafting All-Pro tackle Ryan Ramzyck, and both the Offensive Rookie of the Year Alvin Kamara and Defensive Rookie of the Year Marshon Lattimore. The year prior, they drafted 2x Pro Bowl and First Team All-Pro receiver Michael Thomas. Due to these stars being so young, they are still on their rookie contracts, meaning they will be here for at least another year. The Saints also have one of, if not the greatest quarterback of all time in Drew Brees, who had a multi record-breaking year in 2018. Their defense is also stout, with stars like Sheldon Rankins, Cameron Jordan, and Demario Davis. The Saints have most of their roster locked up on multi-year contracts, meaning these same players will come back next season ready to prove themselves.

As if the fact that the Saints finished as the 1st seed wasn’t enough, the rest of the NFC South looked sub-par at best. The Carolina Panthers lost 7 of their last 8 after starting 6-2 on the year. Cam Newton, the Panthers star QB, may not even play next year, as the Panthers are considering sitting him the whole 2019 season. Although the Falcons were riddled with injuries, their play was still not to a usual Atlanta standard. Matt Ryan had a great year, but that could not make up for the below average play from most of the team. The Tampa Bay Buccaneers can be described in 1 word: dysfunctional. After beating the Saints 48-40 in the first game of the season, Ryan “Fitzmagic” couldn’t pull the rabbit out of the hat and lead the Bucs. They went 5-11 and just fired their head coach. If the Saints even half as good next season as they did this year, they will still dominate the South.

3- AN AGGRESSIVE AND MOTIVATED DEFENSE

When Rob Ryan took over the Saints defense a few years ago, everyone expected the Saints defense to be spectacular. Well, the Saints became the worst defense not only in the league but in league history. They still secured a 7-9 record, but their defense looked like middle schoolers trying to play with professionals. Then, in came Dennis Allen. Ever since Allen has taken over, the defense has become a unit to strike fear into opponents. The Saints had the second-rated run defense this season, allowing only 80.2 rushing yards per game. They also had 12 interceptions on the year. This means they can stop offenses on the ground and through the air. When the Saints usual explosive offense wouldn’t show up, the defense would not allow the other team to capitalize. With great physical and emotional leaders like Cam Jordan and Demario Davis, you can expect this Saints D to come out next year ready to feed on their opposition.