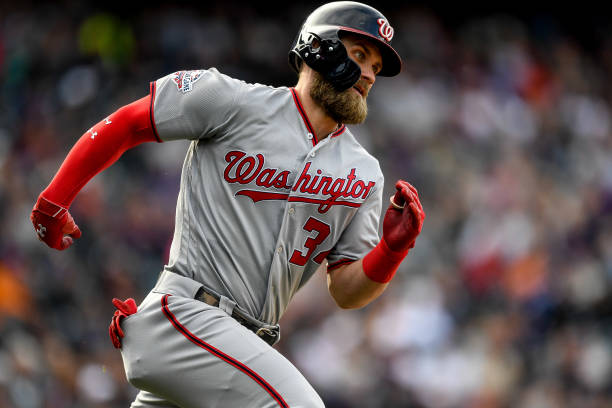 Ladies and gentlemen, hold on to your horses because Bryce Harper has signed with the Philadelphia Phillies. The former Nationals all-star now has the largest free agent contract in American sports HISTORY. The contract is worth $330 million dollars and lasts 13 years! I bet Kyler Murray wishes he would have stayed in baseball right now because players are getting paid a lot of money for not a lot of effort. But was this signing a mistake for Philly?

The Phillies came into the offseason ready to battle. They immediately stated that they had “stupid money” and that they were willing to spend most of it. Signing all-star middle infielder Jean Segura and young phenom J.T. Realmuto were only the small goals for the Phillies. The team knew that they wanted either Bryce Harper or Manny Machado from the beginning. But after months of relentless pursuit accompanied by an AGONIZING free agency finally landed Bryce Harper in the city of love.

My opinion is that the Phillies were too eager. The home run derby champion has been on and off his entire career. He had 3 extraordinarily mediocre years to start off his venture with the Nationals. Then in 2015, his MVP campaign, he batted .330 with 99 RBIs and 42 home runs. The next year, the 26-year old’s stats dipped. His batting average stood at a subpar .243 and only had 24 home runs. Then in 2017, he got his average up to .319! But alas, his stats dropped once again when Harper only batted .249 in 2018 with 34 home runs and exactly 100 RBIs. It boggles my mind how inconsistent this guy is. Not to mention that when his contract is up, Harper will be 39. Let that sink in for a minute. He will be 39 years old and still making millions of dollars. For the last 4-5 years of his contract, Harper will mean NOTHING.

Why would the Phillies jump the gun on this guy? If they would have waited one more year, they could have pursued PHILADELPHIA NATIVE MIKE TROUT. Trout will be a free agent after the 2019 season and the Phillies could have had him! The best player in the world could have got all of that “stupid money” that some guy with a few good years under his belt got instead. If I was from Philadelphia, I would be pissed. Not only did you screw the franchise over for a GOOD WHILE, but you also screwed over a dedicated fan base that won’t see another championship until the contract is over. But hey, at least we won’t have to worry about fans rioting in the streets like when they won the super bowl. Stay classy Philadelphia.