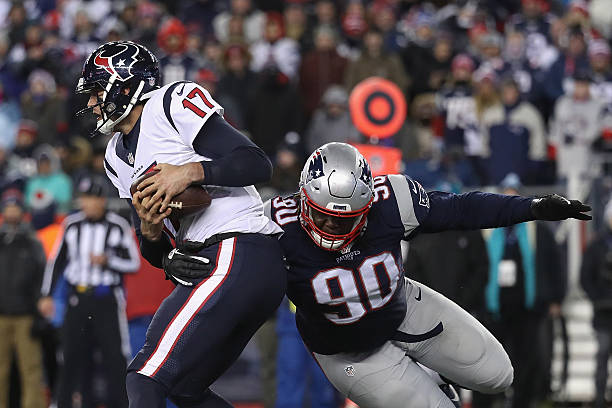 The New Orleans Saints have filled one of their biggest positions of need as they signed former New England Patriots’ defensive tackle Malcolm Brown. Brown was selected 32nd overall in the first round of the 2015 NFL Draft.

With star defensive tackle Sheldon Rankins set to miss a large portion of the 2019 season as he recovers from a torn Achilles tendon injury suffered in the NFC Divisional-round playoff game against the Philadelphia Eagles on January 13, the Saints knew they needed to look for a defensive tackle to add to that group. The Saints believe Brown can fill that hole and provide quality production to their defense in 2019 and for the future as they signed him to a three-year contract worth $15 million.

Brown has earned 8.5 sacks, 16 quarterback hits, and 186 total tackles during his four years with the Patriots. Brown should provide the Saints with a solid piece in the middle of that defensive line which features star defensive end Cameron Jordan and second-year stud Marcus Davenport. 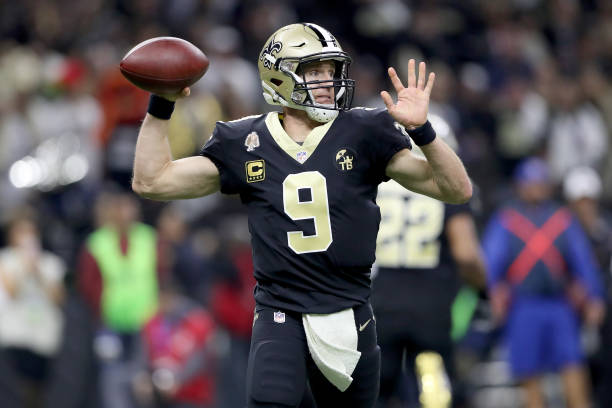 With the New Orleans Saints interested in signing some of the top remaining free agents like tight end Jared Cook, defensive end Ezekiel Ansah, as well as their own former backup quarterback Teddy Bridgewater, they knew they would need some financial breathing room. To give themselves that extra space, they began working with current star quarterback Drew Brees in an attempt to restructure his current contract. On Thursday morning, the two sides reached an agreement.

The restructuring shaves $10.8 million off of his salary cap number for this season. Brees will still receive $23 million in cash for the 2019 season, but the restructure converted some of his salary money into a bonus which can be allocated over the length of the deal. Despite Brees’ current contract lasting through only next season, this new deal adds voidable years in 2020 and 2021 in order to spread out the cap hit. When Brees’ current deal voids after this season, his remaining cap charges will cost the Saints $21.3 million in dead cap space in 2020 unless the team tries to push that into the future once more in an attempt to re-sign Brees who will be 41 years old at that time.

This restructuring reduces Brees’ league-high cap hit from $33.5 million to $22.7 million, providing the Saints with $10.8 million to spend on free agents. The Saints desperately needed to make this move so they could have the money to go after free agents to fill the missing holes on the team at positions like tight end and defensive tackle. 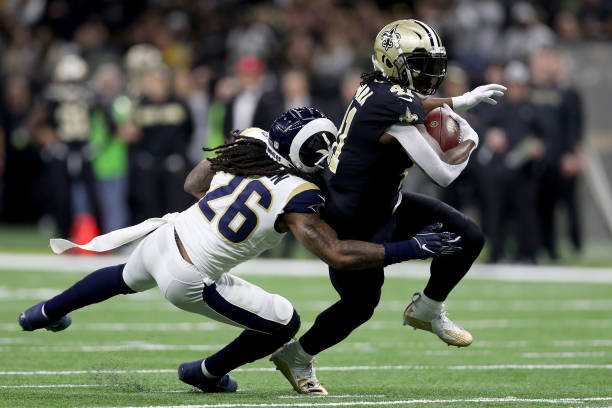 The New Orleans Saints have one of the brightest young running backs in the NFL. Former Tennessee standout will have the majority of the workload for the Saints now after reports came out that former teammate Mark Ingram has signed a contract with the Baltimore Ravens.

The fantasy impact that Kamara will have for any current fantasy football owners team will be huge again. In Kamara’s rookie year the former third-rounder rushed for 728 yards and scored eight touchdowns. On the receiving side, Kamara had 826 receiving yards and crossed the goal line five times. That’s a combination of 1,554 all-purpose yards and 13 total touchdowns. Now, remember this happened when Kamara was sharing the load with Mark Ingram.

In 2018 Kamara had another superb year. This time rushing for 883 yards and scoring 14 touchdowns on the ground. Through the air, Kamara had 709 receiving yards with four touchdowns. A total combination of 1,592 all-purpose yards and a whopping 18 touchdowns. Just to give you an idea how insane Kamara’s numbers are Tennessee Titans Quarterback Marcus Mariota has not through for 18 touchdowns since 2016 crazy right?

Now with Ingram gone for good Kamara will be the feature back as he was intended to be. If you own him in dynasty leagues consider yourself lucky,  if you only play in redraft leagues, you have to consider taking Kamra number one overall. Kamara is already a top 5 fantasy running back, and after the 2019 season, Kamara could most likely be the number one overall running back in all of fantasy football for 2020. 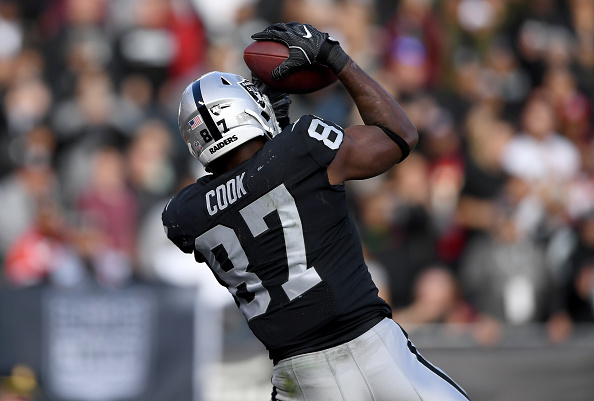 One of the biggest positions of need for the New Orleans Saints heading into this offseason is clearly tight end. In an attempt to fill that need, the team has scheduled a visit with former Oakland Raiders’ tight end Jared Cook. The visit is set to take place tomorrow.

#Raiders FA TE Jared Cook, the top available player at his position, is scheduled to visit the #Saints tomorrow, source said. There is a void there right now.

Former Saints’ tight end Benjamin Watson announced his retirement earlier in the regular season. Adding Cook instantly fills that void. At the age of 31, Cook is coming off a career year with the Raiders in which he hauled in 68 receptions for 896 yards and six touchdowns.

As Rapoport noted, Cook is widely regarded as the top free agent target at the tight end position. If the New Orleans Saints can add Cook to their offense, which already features stars like quarterback Drew Brees, wide receiver Michael Thomas, and running back Alvin Kamara, this group may become truly unstoppable. 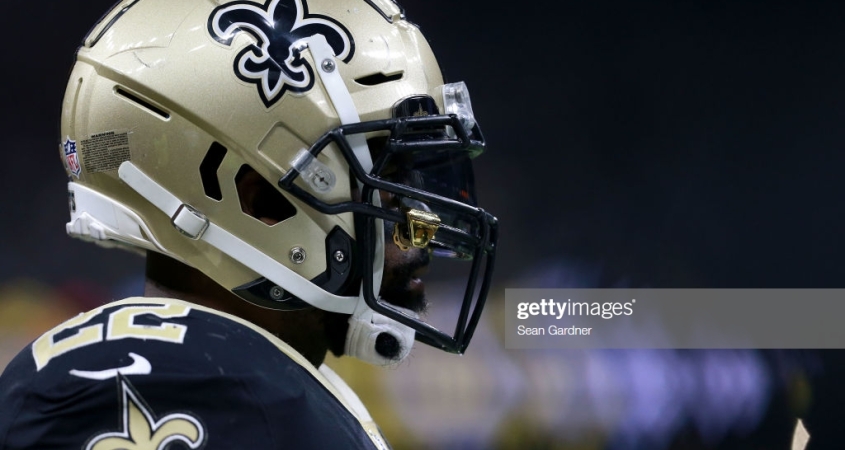 After the New Orleans Saints announced their intent to sign former Vikings’ running back Latavius Murray, it became clear that the team intended to move on from long-time running back Mark Ingram.

On Wednesday morning, news broke that the Baltimore Ravens intend to sign Ingram.

Former Saints’ RB Mark Ingram intends to sign a three-year, $15 million deal with the Baltimore Ravens, per @diannaESPN and me.

Ingram can officially sign with the Ravens today at 4:00 P.M. ET. The deal is set at $15 million over three years which averages to $5 million per year. The Saints reportedly offered Ingram a contract worth $4.5 million per year.

After the Saints drafted Ingram in the first round of the 2011 NFL Draft, Ingram spent eight seasons with the Who Dat Nation. Ingram was truly loved throughout the Saints’ locker room as he played a key role in the culture created surrounding this team. Ingram currently ranks second in career franchise rushing yards (6,007) and first in career franchise rushing touchdowns (50).

Ingram was crucial to the Saints’ success over the last few seasons as he provided the boom to current Saints’ running back Alvin Kamara’s zoom. It will be interesting to see if Latavius Murray can play a similar role to Ingram in the dynamic offense of the New Orleans Saints.