With the 2019 NFL Draft just one day away, many fans are excited to see which players their favorite team adds to the roster. For Saints fans, however, the excitement is a little different. While fans of teams like the Oakland Raiders and the New York Giants are ecstatic because their team has more than one first-round selection, the New Orleans Saints won’t be on the clock until late in the second round. The team traded away this year’s first-round pick (No. 30) to the Green Bay Packers in order to move up and select Defensive End Marcus Davenport in last year’s draft. The Saints also traded this year’s third and fourth-round picks to acquire quarterback Teddy Bridgewater and cornerback Eli Apple respectively.

Of course, the Saints could always try to trade up in this year’s draft if a prospect is still on the board that they have completely fallen in love with. For the sake of this mock draft, I chose to not make any trades; keeping the Saints original six selections.

Here’s how I believe the 2019 NFL Draft will go for the New Orleans Saints:

Deiter is a very versatile offensive lineman. Throughout his time at Wisconsin, he spent time at left tackle, left guard, and center. While he was solid at the tackle position, he was best suited on the interior of the offensive line. After center Max Unger suddenly announced his retirement earlier this offseason, the Saints quickly signed Nick Easton to possibly fill that void. However, Easton has had a riddled injury history. Deiter is an all-around lineman with solid footwork, pass protection, and run-blocking. He has the potential to start at center for the Saints but also provides the versatility that the team craves in a lineman.

The Saints suffered a major setback when star defensive tackle Sheldon Rankins went down with a torn Achilles in last year’s playoff game against the Philadelphia Eagles. To add to the loss of Rankins, fellow defensive tackle David Onyemata is possibly facing a suspension to start the 2019 season. The team added former New England Patriot’s defensive tackle Malcolm Brown in free agency, but they likely will be looking to add some more pieces through the draft.

Buggs would be a solid addition in the fifth round. Through his two years at Alabama, Buggs recorded 11 sacks, 17.5 tackles for loss, and 103 total tackles. Although he did not have a spectacular combine, he’s still a solid addition to an already formidable defensive line.

Whenever the NFL Draft rolls around, many Saints’ fans look for their favorite professional football team to select local collegiate talent. LSU consistently produces quality NFL prospects. This year is no different. Over his final two seasons at LSU, Moreau hauled in 46 receptions for 550 yards and five touchdowns.  Prior to adding Jared Cook in free agency, tight end was one of the biggest positions of need for the Saints. Now, with Cook on the roster, the Saints can wait until later in the draft to select a tight end to provide depth behind their new weapon. Moreau can be that guy. A New Orleans native, Moreau possesses solid run-blocking skills. If he can improve his pass-catching abilities, he could develop into a quality addition to an already explosive Saints’ offense. 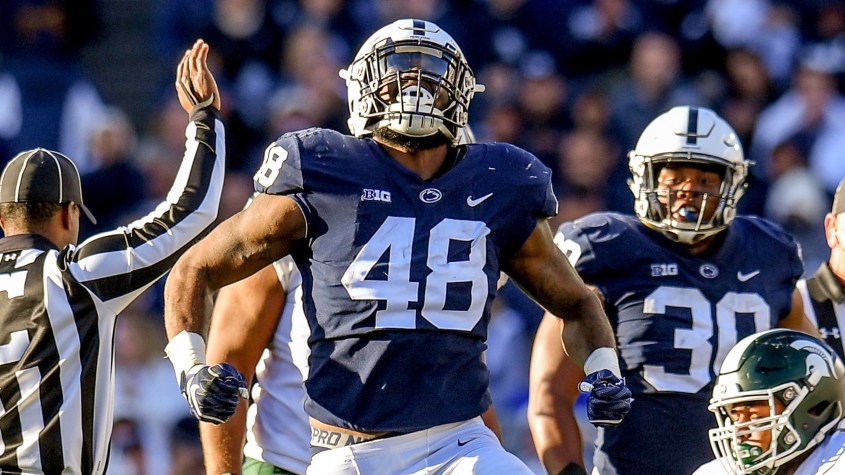 With their second of two sixth-round selections, the New Orleans Saints add another rotational piece to their defensive line. After losing defensive end Alex Okafor in free agency, the team signed Mario Edwards Jr., however, I believe they will still look to add more defensive line depth in the NFL Draft. With 14.5 sacks, 31.5 tackles for loss, and 100 total tackles in 34 games at Penn State, Miller would provide the Saints with the piece they are looking for. 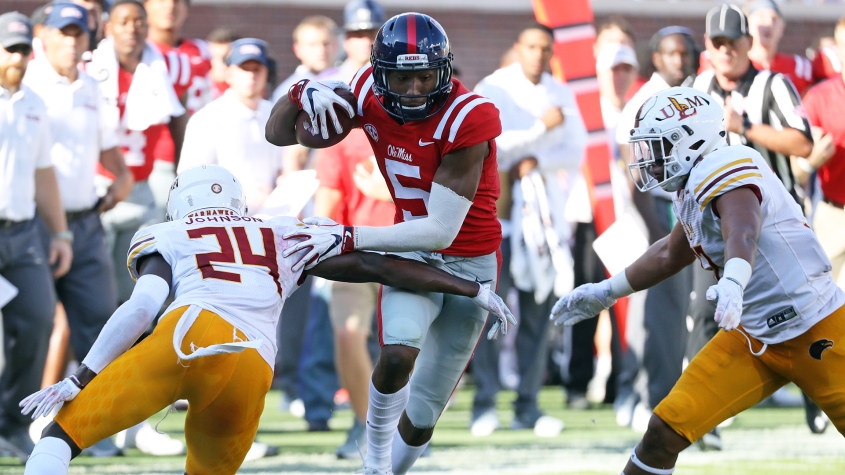 With their first selection in the seventh round, the Saints select yet another developmental piece to their team. Lodge enjoyed a successful final season at Ole Miss as he caught 65 receptions for 877 yards and four touchdowns but despite his success, Lodge will need to refine his skillset before he can become a quality starter in the NFL. Luckily, the Saints won’t need him to produce immediately. Obviously, the team has a superstar wide receiver in Michael Thomas and they also like their young players Tre’Quan Smith and Keith Kirkwood. Lodge could develop behind these players and eventually provide a quality piece to the Saints’ offense.

The Saints spend their final pick in the 2019 NFL Draft on a new addition to their defensive backfield. Moreland would be best suited in the slot for the Saints, but perhaps the best place for him to start would be on special teams. This would allow him to get more reps and continue to develop. Throughout his college years, Moreland was a ball-hawking cornerback who recorded 18 interceptions while returning six of those into the endzone. With some development, Moreland could become a solid contributor to the Saints’ secondary. With Marshon Lattimore on one side and Eli Apple on the other, Moreland would be a nice piece to add to the slot.

Barring a trade, Saints’ fans will have to wait until Friday night to see who their favorite team selects in the NFL Draft. Hopefully, the Saints will be able to add some quality pieces to their talented roster.