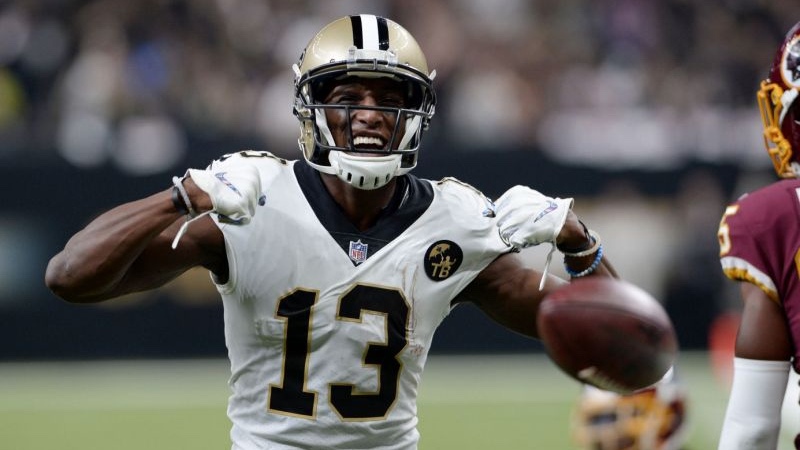 In a move that many New Orleans Saints fans’ expected to occur, the team and star wide receiver Michael Thomas have agreed to a massive, blockbuster contract extension.

Early on Wednesday morning, sources announced that the Saints signed Thomas to a five-year contract extension worth $100 million. The contract includes $61 million guaranteed. This $20 million per year number was the exact value that Thomas was seeking in an extension. This contract makes Thomas the highest-paid wide receiver in NFL history. He will also become the first non-QB offensive player to sign a $100 million contract.

Entering the final year of his rookie contract, Thomas was set to make just over $1.1 million this upcoming season. This prompted him and the Saints to begin negotiations for a contract extension. However, the two sides were unable to come to an agreement before training camp started last week which led Thomas to begin his holdout. Now they the two sides have agreed on an extension, Thomas will be returning to the practice field as early as tomorrow.

Throughout his first three years in the league, Thomas has more than proven his worth. In just 47 games, the Ohio State product has record 321 receptions for 3,787 yards and 23 touchdowns. Thomas has also been selected to two Pro Bowls as well as earning a spot on the 2018 All-Pro first team, which made him the only wide receiver in Saints’ history to earn that honor.

At only 26 years old, Thomas is entering his prime. The team and its fans are lucky to have the stud wide receiver locked in for another five-years.